More and more types of electric vehicles (EVs) have been coming on the market recently, but they are still a curiosity in many communities. What will it take for them to become a familiar fixture on the nation’s roads?

Pollution Probe’s Electric Mobility Adoption and Prediction (EMAP) project is designed to find out how to make EVs an easier option for drivers, and how local utility companies can better plan and manage their distribution systems to be ready as EVs become more mainstream. The findings inform the development of strategies to accelerate consumer adoption of EVs, which are the primary outputs of the project. The EMAP project has received more than $1 million in support from Natural Resources Canada’s ecoENERGY Innovation Initiative.

As part of the EMAP study, Environics conducted a pilot survey in Toronto, followed by five telephone surveys in nine municipalities (Ottawa; Hamilton and St. Catharines; London; Markham, Richmond Hill and Vaughan; and Calgary and Edmonton). Each market was analyzed using Environics Analytics’ PRIZM segmentation system, to locate segments of the population with characteristics of early EV adopters: segments that are more affluent than the average Canadian, and with higher levels of interest in the environment, in technology, and in spending on the things that interest them. Respondents were further screened to make sure they were licensed drivers, household vehicle purchase decision-makers, and had purchased recently, or intended to purchase, a late model vehicle. 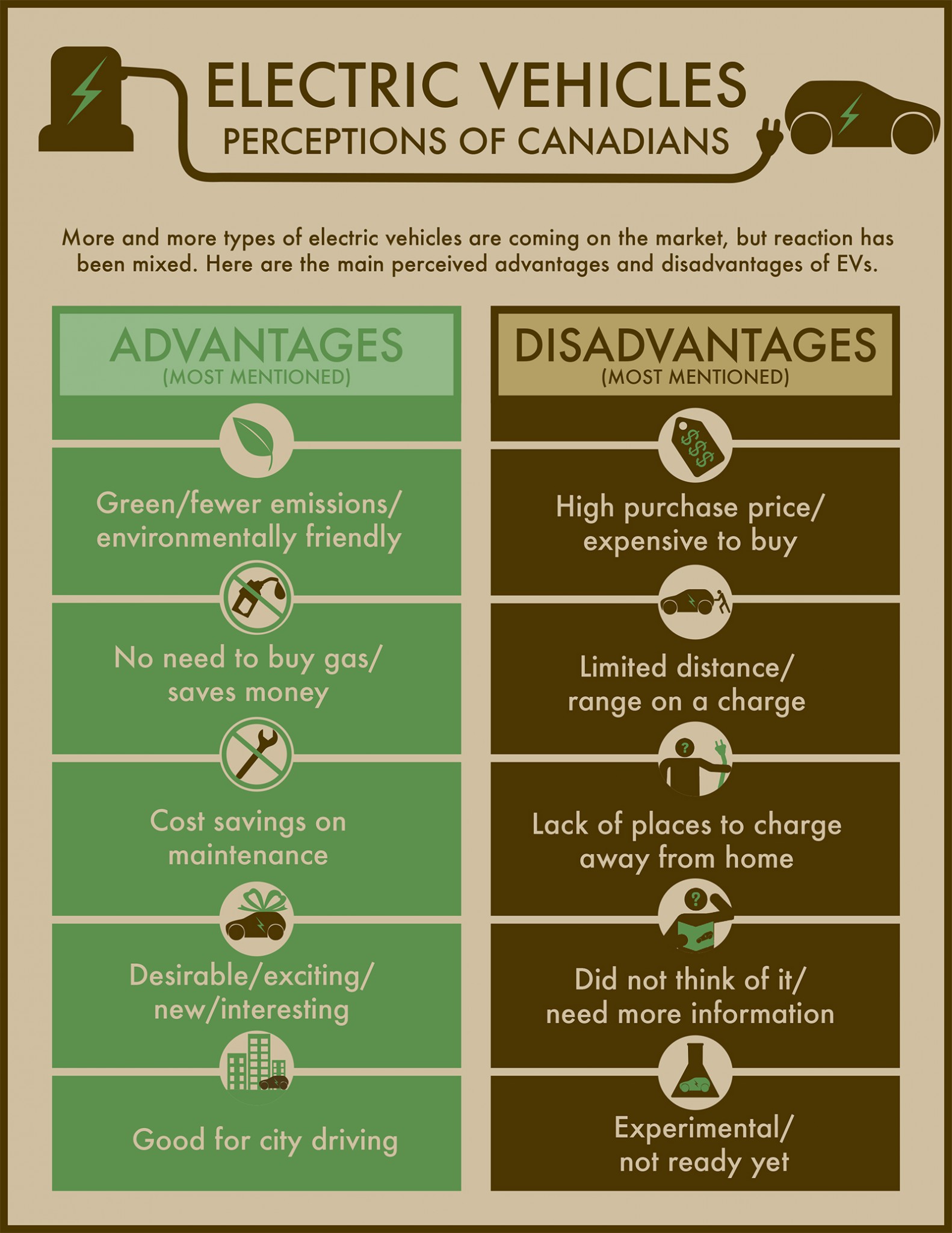 The major factor in the EV purchase decision is not how green they are, but how well they will fit into drivers’ lives

The results of the EMAP survey research showed that the major factor in the EV purchase decision is not how green they are, but how well they will fit into drivers’ lives. The main barriers to EV adoption relate to “range anxiety” – how far EVs can travel on a charge, how long they take to recharge, and the potential difficulty of finding places to recharge away from home. Right now, the average EV on the market can travel around 160 kilometers on a charge, and takes several hours to fully recharge. It appears that the prospect of waiting around while recharging away from home leads to range anxiety.

The surveys also revealed that EV range anxiety is not linked to how far someone actually drives in a typical day. Half or more of the potential early adopters in the surveyed communities think that an EV would need a range of at least 200 km on a single charge for them to feel comfortable, including around four in ten who personally drive less than 25 km a day.

Range anxiety is a tough nut for EV marketers to crack, but the EMAP project shows that utility companies may play an instrumental role in the solution. Through the strategic deployment of charging infrastructure and availability of fast-charge services, range anxiety will eventually dissipate, paving the way for widespread plug-in EV adoption.

For more information about the EMAP project, visit the Pollution Probe web site at http://www.pollutionprobe.org