Why Is Support For The Oil Sands Development Declining?

When we began tracking Canadians’ attitudes toward oil sands development in 2008, 45% thought that overall development was good for Canada because of the economic benefits and jobs it could offer. Meanwhile, 36% of Canadians thought that oil sands development was bad for Canada due to concerns of environmental damage and climate change. Over time, the Good for Canada number grew steadily; it peaked at 62% in November, 2012. The Bad for Canada number remained quite steady over the same period, between about 35% and 40%, suggesting that as people formed opinions on the issue, support for the oil sands grew. 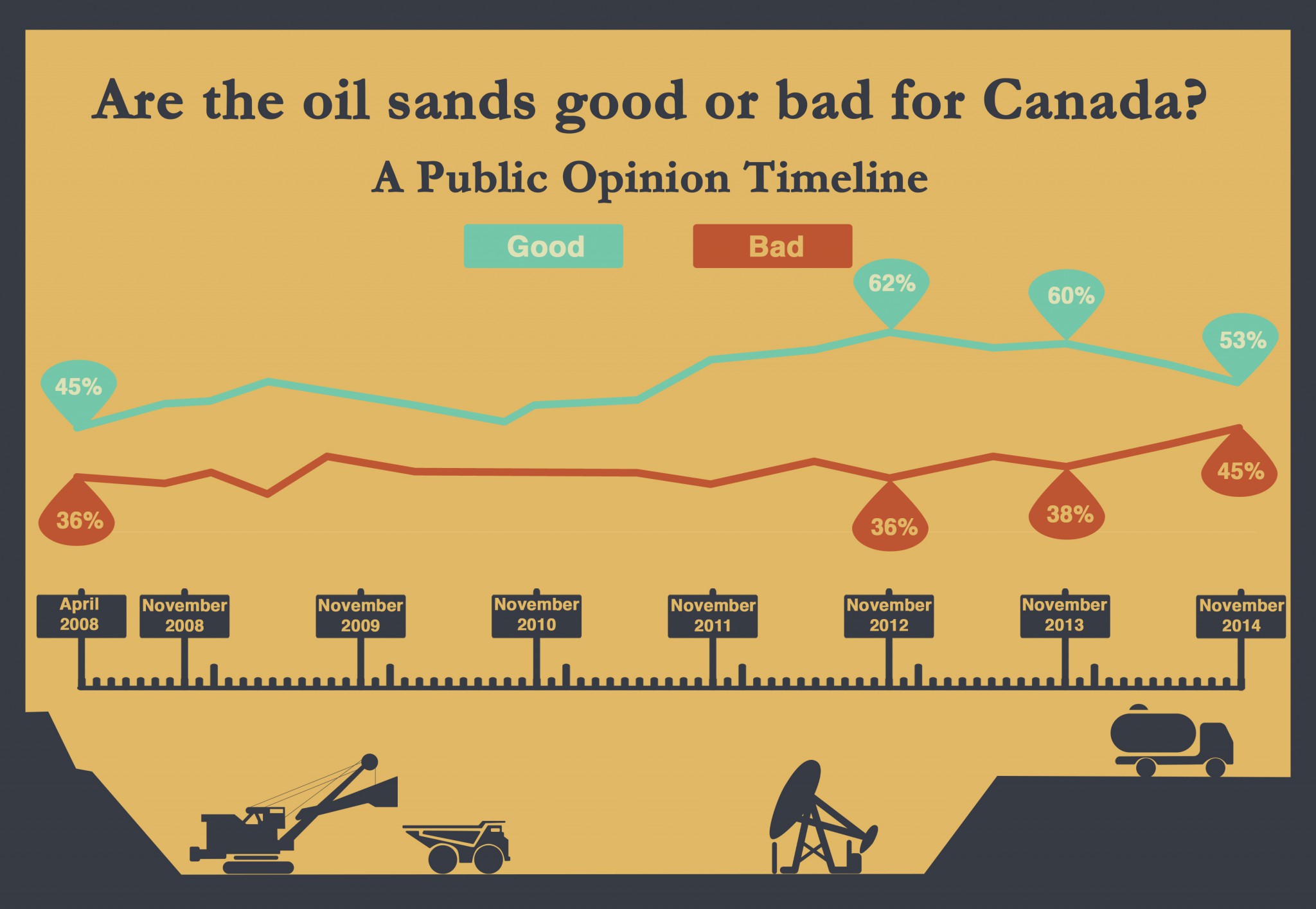 When it comes to environmental concerns, about two-thirds of Canadians express definite or extreme concern about things such as water and air quality, habitat loss, and the possibility of a major oil spill.

Thinking about oil and gas producers specifically, Canadians tend to associate these with environmental concerns such as toxic chemicals; climate change; and the contamination of air, water, and soil.

Canadians do not see these problems as necessary costs of doing business: the majority of Canadians consider the environmental damage caused by many industries, including oil and gas producers, to be unacceptable.

Our survey also reveals that Canadians have mixed confidence in the regulation of oil and gas development, with fewer than half feeling the environment is being adequately protected.

So what has brought Canadians’ environmental concerns about the oil sands to the foreground in the past few years, after those concerns had been relatively muted for some time? A combination of factors seems to be at play. Opponents of the oil sands have grown more vocal, and well-known figures like Neil Young and Leonardo DiCaprio have given profile to the issue. Environmental concerns have received more frequent airing in the national and international media as various parties have debated the construction of pipelines to get oil sands oil to market. As always, Canadians are influenced by debates south of the border—and many have likely noted US President Obama’s opposition to the Keystone XL project. And finally, it’s possible that the public has reached a saturation point when it comes to government and industry messaging about the economic benefits of the oil sands.

Our view is that effective communications on these issues must address Canadians’ desire for economic development WITH environmental protection.