TORONTO, /CNW/ –
According to a national study conducted by Environics Research and commissioned by Genworth Canada, six in ten (59%) Millennials have already achieved their homeownership dreams. Among those who own their homes, three in ten (30%) Millennials bought their first home or a home that was not their first in the past two years, compared to just nine percent of older Canadians. And over the next two years, among non-owners another 30 percent of Millennials plan on making their first home purchase, making them the engine of the real estate market. The annual poll, conducted by Environics Research and completed in conjunction with the Canadian Association of Credit Counselling Services (CACCS) from February 8 to March 27, 2018, asked 2,000 Canadians questions about their financial well-being, homeownership intentions and preparedness for the future.

six in ten millennials have already achieved their homeownership dreams 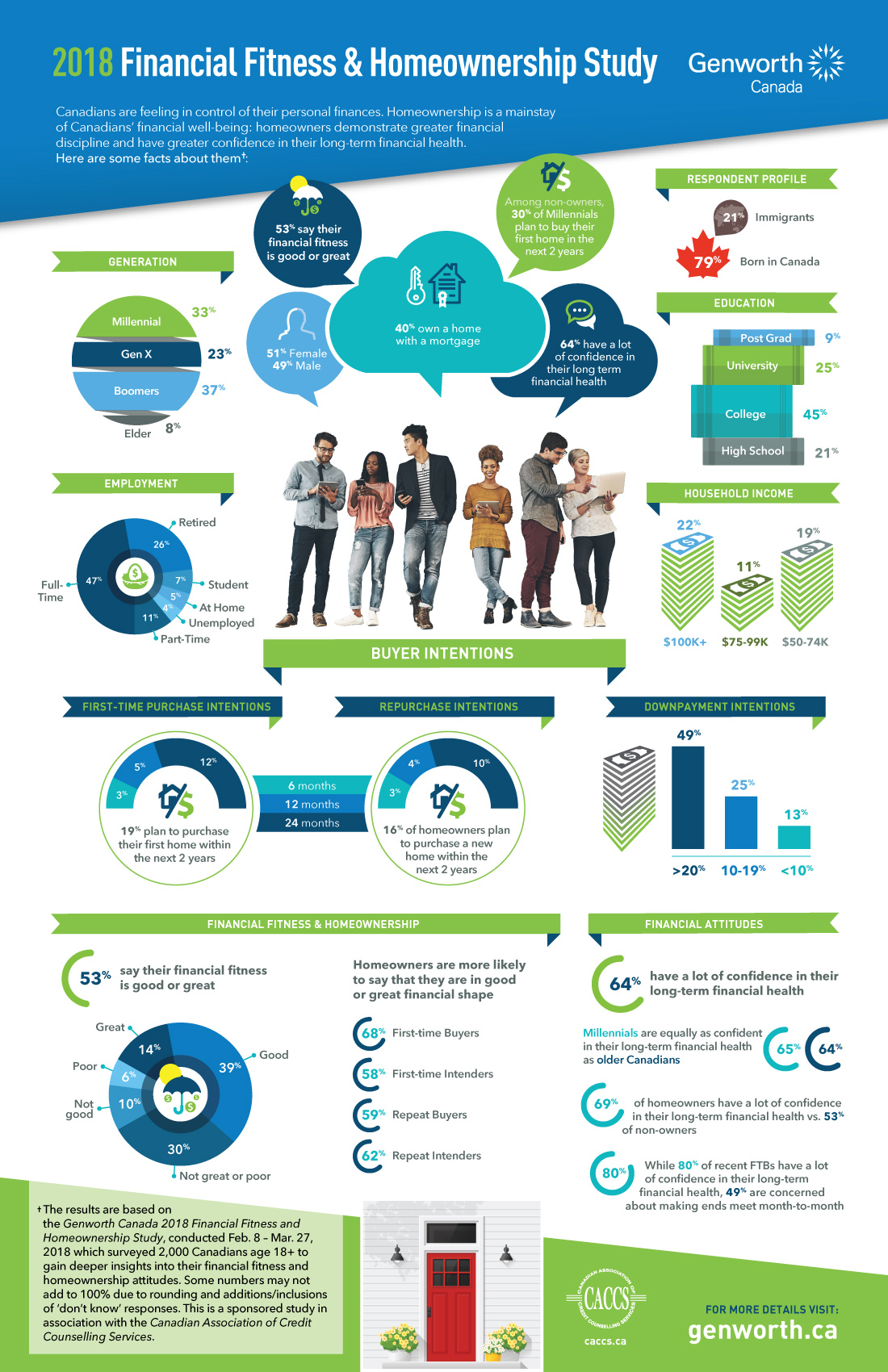 “It is encouraging to see the high level of financial confidence coming from first-time homebuyers and homeowners. As a company that is committed to providing financial literacy education to aid those looking to achieve homeownership, these results demonstrate that this segment of Canadians are doing the necessary homework to support their financial future,” said Stuart Levings, President and CEO of Genworth Canada.

Homeownership is a mainstay for many Canadians’ financial well-being, and homeowners demonstrate greater financial discipline and report greater long-term confidence in their financial outlook.

Here is a look at how homeowners and first-time buyers/intenders feel about their financial shape: 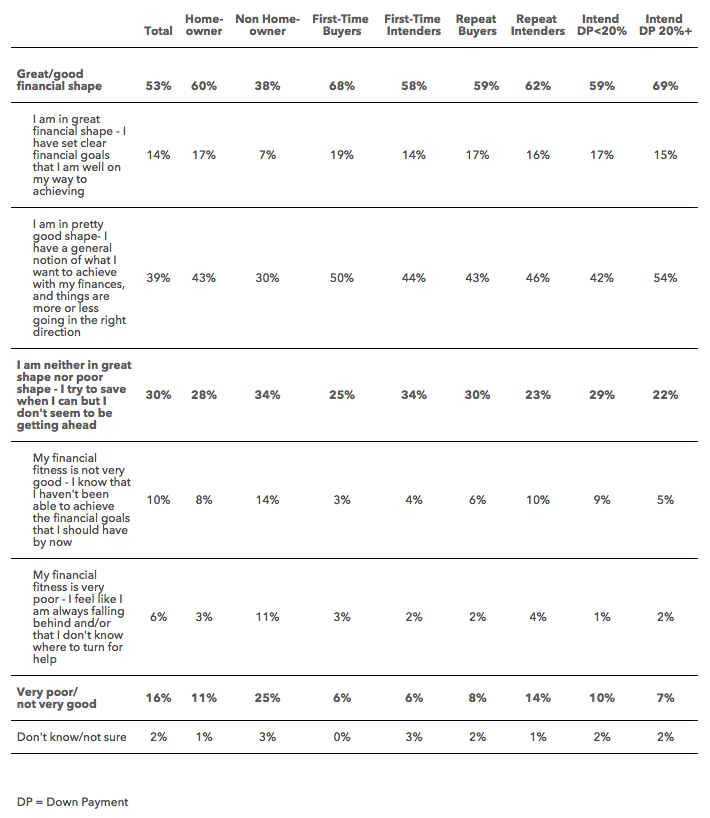 “Being intentionally aware of the state of your personal finances is especially important when considering the purchase of a home. Understanding how financially fit you are by exploring your Financial Fitness score at www.caccs.ca is quick, easy and free – but rich in value because it can help guide wise financial choices,” according to CEO Henrietta Ross of the Canadian Association of Credit Counselling Services. This score is based on attitudinal, behavioural and outcome measures that were developed from Financial Fitness index benchmark data.

During the week of May 7-11, 2018, Genworth Canada will have a series of educational webinars in celebration of their annual Homeownership Education Week event, where industry professionals can learn more about this and other topics.