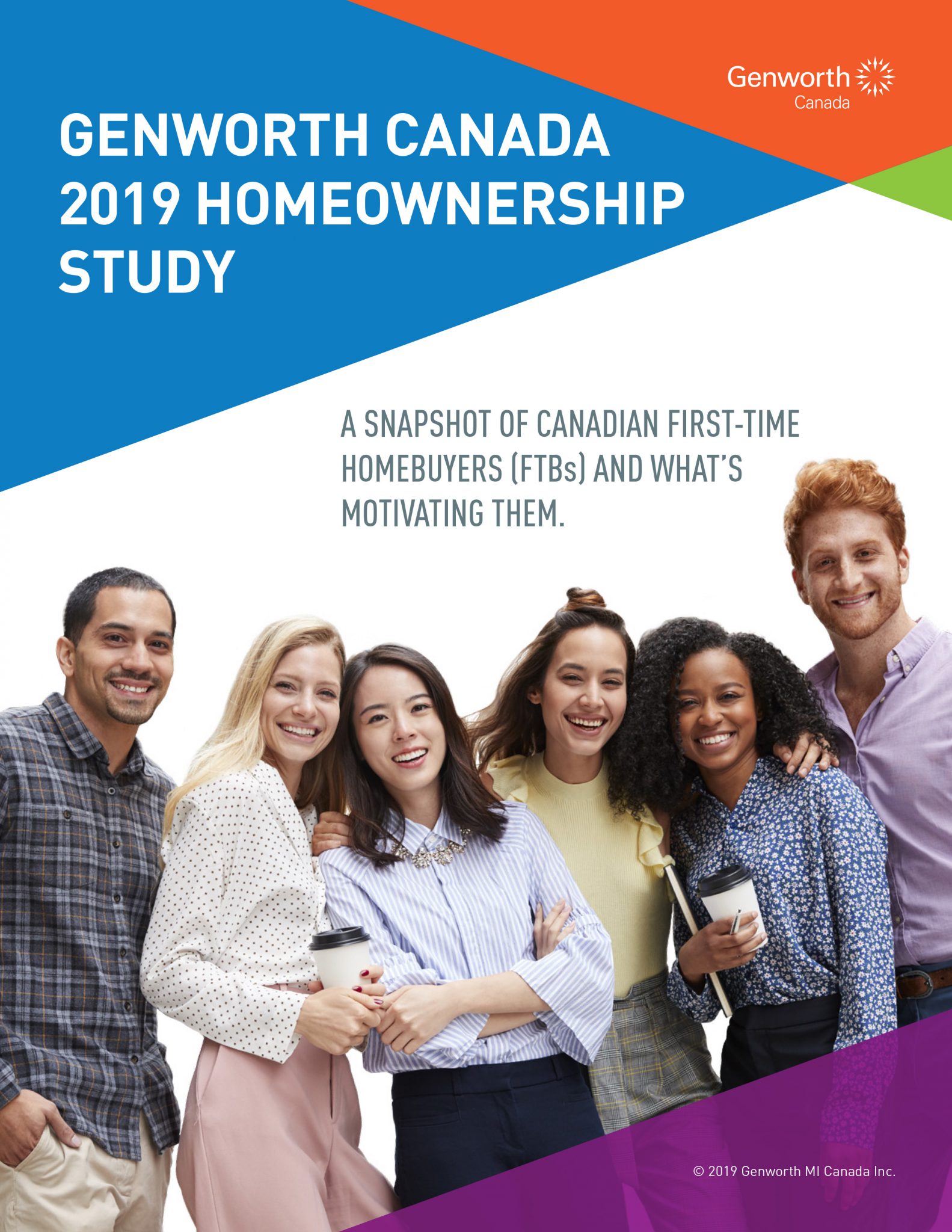 Fifty-seven percent of respondents nationwide say that, before buying their home, they worried that they might miss out on a property they wanted because of an insufficient down payment. While Montreal’s median home price is one-third of that in Vancouver, a higher proportion of Montrealers report that they were worried (60% vs. 58% among those in Vancouver). Toronto respondents had the most anxiety (68%).

“While interest rates remain historically low, it is not surprising that first-time homebuyers in Montreal are increasingly concerned about their down payment,” said Phil Soper, president and chief executive officer, Royal LePage. “Montrealers have been watching home values escalate over the past three years. Many are wondering if they have time to grow their down payment or if they should get in the market now as prices continue to rise.”

When asked to describe their housing situation before purchasing their first home, 25 percent of respondents nationwide say they lived with parents or relatives. Forty-three percent of those who lived at home paid rent to their families; and, among those who paid rent, 30 percent paid less than market value.

One-fifth of respondents who lived with family say that living at home delayed their parents’ decision to downsize (17%), while a further 15 percent say that younger siblings would have to leave the nest before their parents could downsize. Sixty-four percent say their parents have no plans of downsizing when they become Empty Nesters.

As affordability continues to challenge many first-time homebuyers across Canada, 48 percent say they would rather have a smaller home and live close to work, compared to 32 percent who value larger properties despite a longer commute. Findings are similar in Calgary and Montreal, where 53 and 52 percent (respectively) of first-time homebuyers prefer to spend less time commuting between home and work.

While Toronto and Vancouver currently have some of the highest home prices in the country, majorities in both cities report that proximity to work is more valued than square footage (59% and 54%, respectively). This may be influenced by longer work commutes, with Toronto and Vancouver residents reporting 34-minute and 30-minute one-way travel times both to/from work.

“Even in cities where first-time homebuyers have to push themselves to get on the property ladder, cost isn’t the only consideration when buying a first home,” said Soper. “While some young people are relocating to more affordable cities, those who stay value shorter commutes and access to the benefits of city life.”

Sixty percent of respondents in Ontario express anxiety about their down payment stretching enough to get the home they wanted; this proportion is even higher, at 68 percent, among those in Toronto.

“Buying a property can be stressful for anyone, but for first-time homebuyers, the anxiety is magnified by the unknowns,” said Caroline Baile, broker, Royal LePage Your Community Realty. “A good starting place is to define your wish list and focus on your priorities.”

“There is a large portion of first-time homebuyers in Toronto who will sacrifice size for location. Time is important – as are child care, schools, and proximity to work,” said Baile. “Sometimes that means purchasing a condo in the city within walking distance of work, or even living with parents a little longer to position themselves better to get the home they want.”

Thirty percent of respondents in Ontario and 34 percent in Toronto lived with parents or other relatives before buying their first home, surpassing the national average (25%).

“While those who live in other parts of the province have the convenience of time and can shop around, we are seeing that first-time homebuyers in Montreal are feeling the pressure to make quick decisions to enter the market,” said Dominic St-Pierre, Vice President and General Manager, Royal LePage, for the Quebec region. “Low inventory and high demand have encouraged an increase of multiple offers in the city in favour of more experienced buyers. First-time homebuyers have to be prepared and secure financing prior to making an offer, with a sufficient down payment and mortgage pre-approval if they are serious about a purchase.”

Nearly one-quarter of Montrealers (23%) lived with family prior to buying their first home, compared to 16 percent elsewhere in Quebec. Compared to the rest of the country, Quebec has the most significant gap between the largest urban centre and the rest of the province when it comes to first-time buyers paying rent to their parents before purchasing their own home. Seventy-four percent of respondents in Montreal say they did not pay rent to their family or relatives, compared to only 53 percent of Quebecers (outside Montreal).

“There will always be an attraction to buy in the city centre. In Greater Vancouver, there are newly-developed urban amenities and transportation infrastructure that increase the desirability of homes outside the core,” said Dinani. “These high density hubs create opportunities for people who are new to the market; they can embrace urban living with more space and connection to transit.”

Forty-nine percent of respondents in Calgary express anxiety about their down payment being sufficient to get the home they wanted, compared to 62 percent elsewhere in Alberta.

Among Calgarians who lived with family before buying a home, 47 percent say their parents do not have plans to later downsize. Twenty percent say staying in the home delayed their parents’ decision to downsize, while 31 percent indicate they have siblings who would need to move before parents could downsize.

“There’s definitely more opportunity in Calgary,” says Corinne Lyall, broker and owner, Royal LePage Benchmark. “You have a larger population of younger people who are very career-focused, with more buying ability. There are also a number of Baby Boomers who are in a position to help their Millennial children purchase their first home.”

Forty-two percent of those surveyed in Calgary say their home’s location represents a similar commute for both spouses/partners, the highest proportion nation-wide; the national average is 36 percent.

Atlantic Canada bucks the trend for anxiety in relation to a down payment for a home. Fifty-four percent of those surveyed say they were not worried about their down payment, compared to 41 percent nationally.

“Home prices are not outside the reach of younger Canadians in Atlantic Canada. We still see buyers getting help from ‘the bank of Mom and Dad’ but there’s fantastic affordability and opportunity here,” said Marc Doucet, broker of record, Royal LePage Atlantic.

Seventy-four percent of those surveyed in Atlantic Canada rented before purchasing their first home. Twenty percent lived with family before buying a home; 54 percent paid rent to relatives, with 17 percent paying market rates. Among those who lived at home before buying, 20 percent report that their parents delayed plans to downsize until the respondents moved out of the family home.

Fifty-seven percent of first-time homebuyers in the Prairie provinces say they were worried about their ability to get the home they wanted with their down payment.

When it comes to proximity to work, 39 percent of respondents in Manitoba and Saskatchewan prefer a relatively more expensive, smaller home in exchange for a shorter commute.

“Where you live dictates how you live,” offered Michael Froese, Broker and Managing Partner, Royal LePage Prime Real Estate. “A lot of first-time homebuyers are looking at their purchase not just as a home, but as an investment as well. When it comes to resale value, choosing a good neighbourhood is part of the decision. You can always improve the house; you can’t change the location. Good advice for new homeowners is to budget for some renovation and repairs.”

Among those who lived with family before buying a home, 71 percent say their parents did not have plans to later downsize. Thirteen percent say staying in the family home delayed their parents’ decision to downsize, while seven percent indicate they have siblings who would need to move before their parents could downsize.

Thirty-six percent of Prairie respondents paid rent to their families at below market rates before purchasing their own home, slightly higher than the national average of 30 percent.

A total of 1,893 interviews were conducted by Environics Research with Canadians aged 25-40 who had purchased their first home within the previous two years. Online interviewing was completed between February 15 and March 15, 2019. Quotas were set to oversample urban regions, with weighting to bring them back into overall national proportions for reporting.