For Canadians living outside Vancouver, having safe injection sites located in populated urban areas is an unknown and possibly alarming idea. As Toronto City Council contemplates the difficult topic of establishing supervised safe injection sites in the City, the electorate is sending less than clear signals regarding how it wants decision-makers to balance the need for progressive social impact with the traditional socio-economic concerns that arise when considering this type of harm reduction policy.

A recent independent survey conducted by Environics Research shows that, although a majority of Greater Toronto Area residents support safe injection sites in principle, most are not prepared to welcome these facilities into their neighbourhoods. Conducted online with 1,153 residents of the GTA between April 15 and May 9, the survey finds that 68% of Toronto adults (compared to 59% of York, Peel, Halton and Durham residents) are in favour of a proposal to open three safe injection sites in central Toronto. However, only one-third of all GTA residents say they would support having one of these facilities open in the neighbourhood where they live. 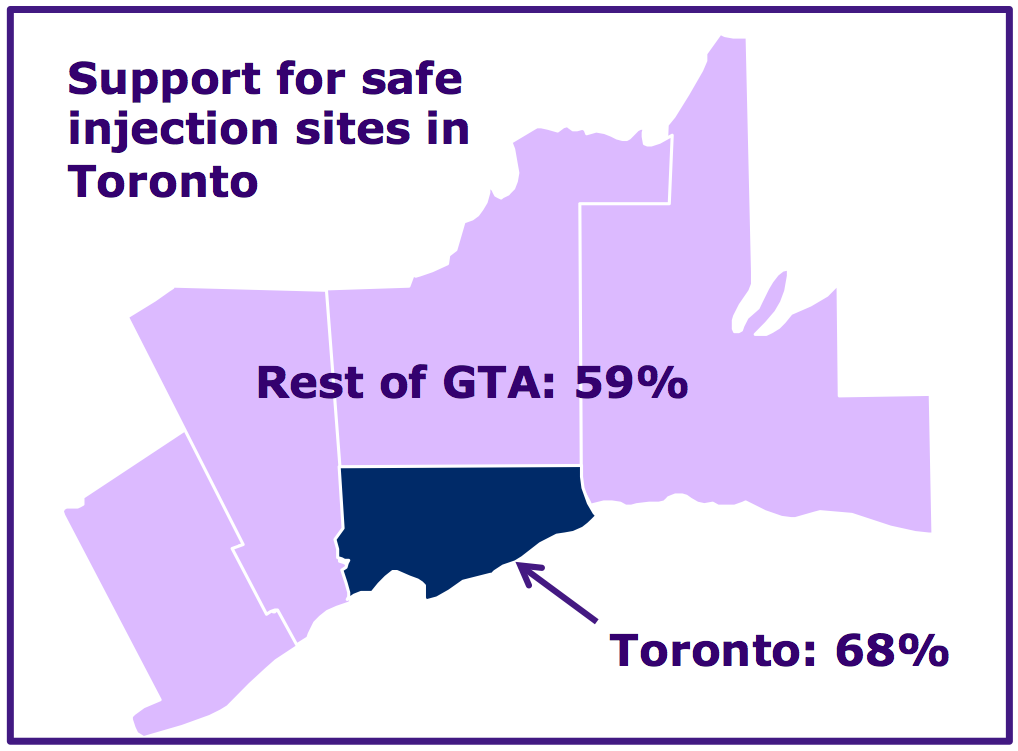 Even Toronto residents who support safe injection sites aren’t keen on having them located in their communities: almost equal proportions are comfortable (51%) with a nearby safe injection site or uncomfortable (48%) with the idea. This finding suggests that even progressively-minded Toronto residents suffer from the occasional bout of NIMBYism. Indeed, a majority of residents throughout the GTA, no matter where they live, share the view that supervised injection sites will create more social problems in the places where they are located. 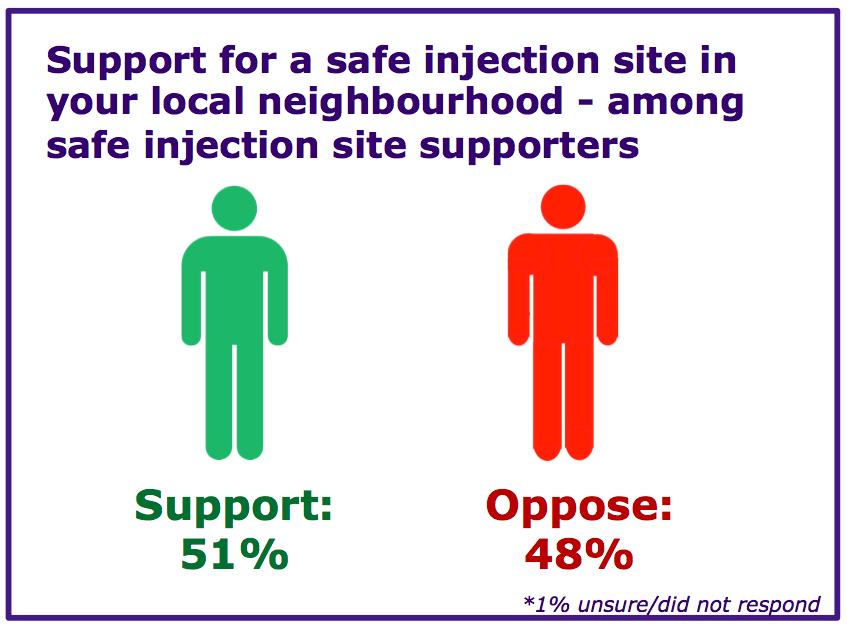 The survey also found that majorities of residents think that the three proposed locations for safe injection sites are appropriate: 71% each approve of a Queen/Bathurst site or a Queen/Carlaw site, while fewer (63%) believe a Victoria St. location (near Yonge-Dundas Square) is appropriate. When considering safe injection sites across the GTA in cities other than Toronto, residents of suburban regions are decidedly cooler to the idea. 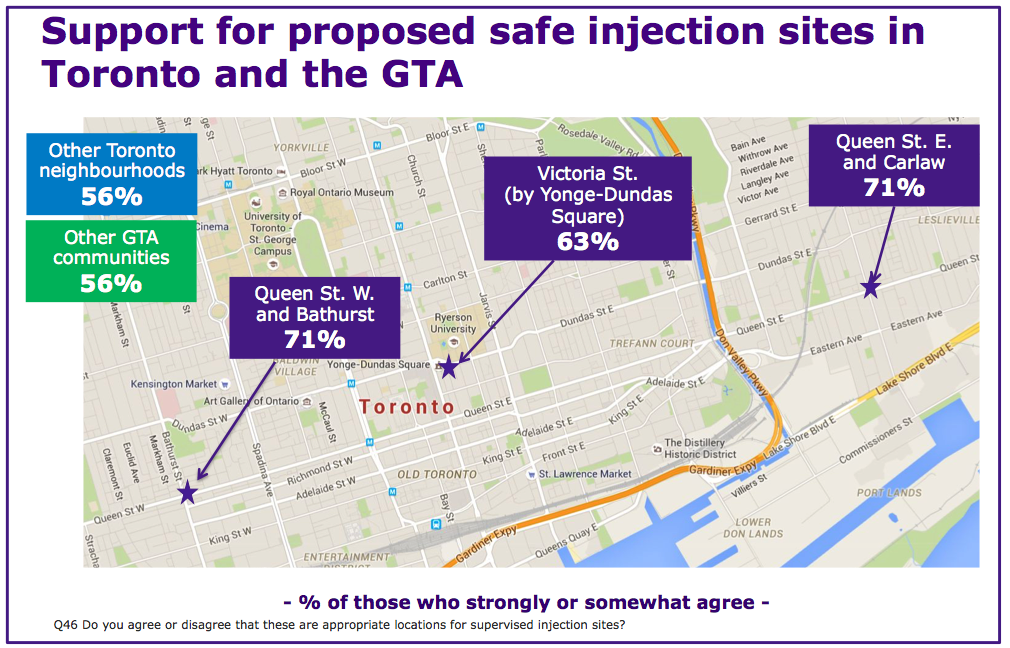 Results reveal other contradictions in Torontonians’ feelings toward creating supervised, safe conditions for drug usage. Specifically, Toronto residents (more so than their 905 counterparts) agree that supervised injection sites will lead to fewer drug overdose deaths (71%), and that they will eventually encourage those struggling with drug addiction to seek treatment to overcome their dependence (55%). However, this is in contrast to the more than two in five who believe that the presence of supervised injection sites will encourage more people to use drugs.

By Darragh | News
David MacDonald joins A Little Marketing Podcast to discuss all things market research, including our touchpoint evaluation program, financial advisors, some of our auto research down through the years and much more.
Read More

By Environics | News
Sean Saraq MemorialWe are sad to share news of the sudden passing of former Environics Research colleague Sean Saraq. Sean died recently in a tragic accident at Iguazu Falls, on the Brazil/Argentina border. Sean worked at Environics from 1994 ...
Read More

By David MacDonald | Article, Consumer Lifestyle, DM3, Investments and Planning
As a result of the pandemic and current economic environment, many Canadians are feeling greater financial challenges, particularly in light of the rapid rise in inflation impacting the cost of living, especially food and fuel.
Read More
Explore more related insights
ABOUT US | INDUSTRIES | CAPABILITIES | SOCIAL VALUES | FEATURED INSIGHTS | CONTACT US